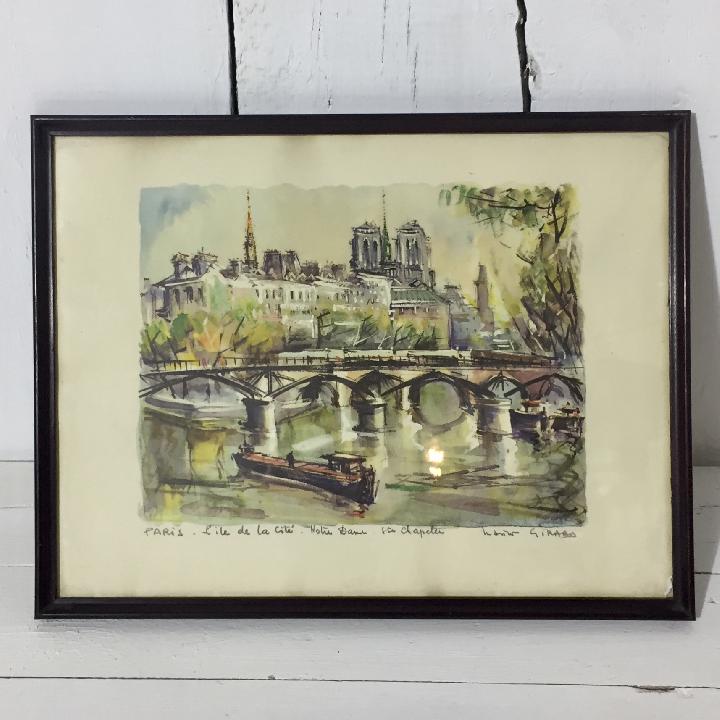 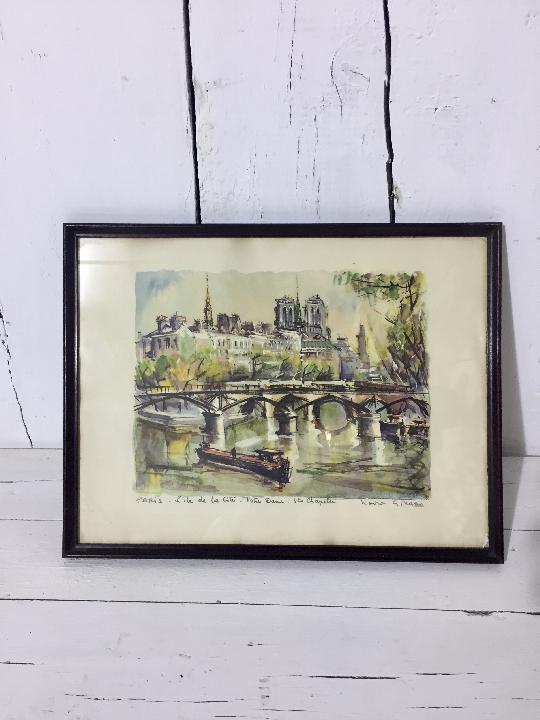 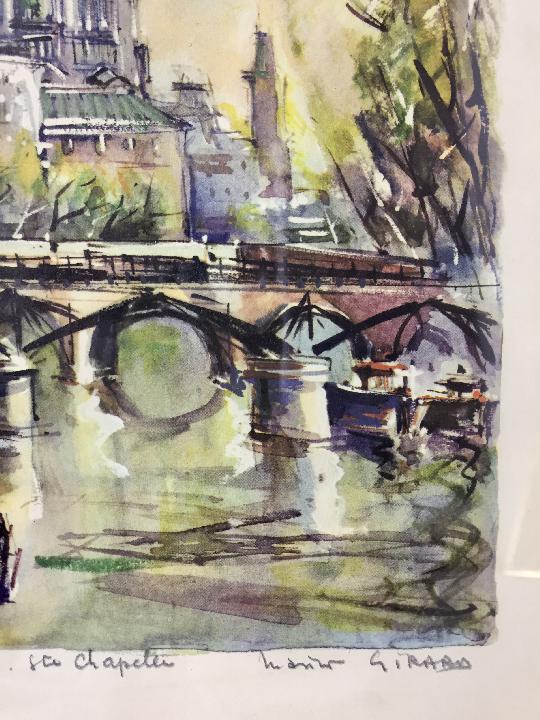 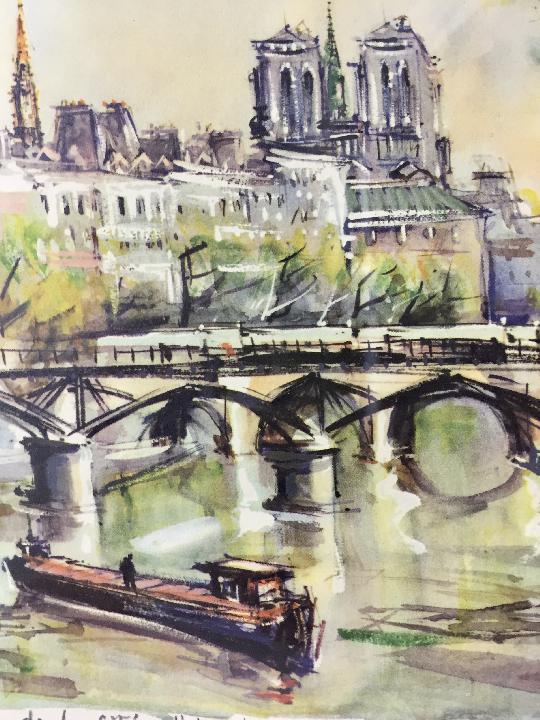 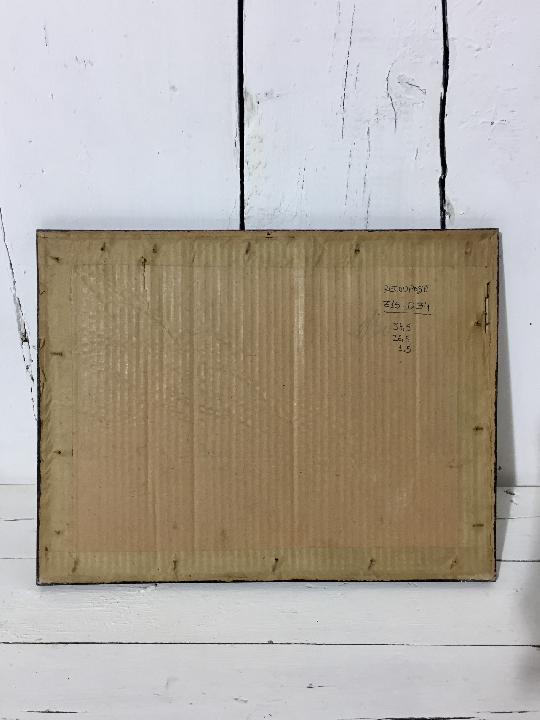 Acuarela enmarcada. Autor: Marius Girard. Marius Girard was born in Rheims, France, probably in 1927, but perhaps in 1926. He attended regular school and college until age 19, then studied at several art academies. His only occupation has been as an artist. He owns a home (condominium) on a street named Rue St. Rustique in Paris. Girard is famous for painting impressionistic scenes of Paris. He has an extraordinary ability with color. Some paintings are reproduced for prints and postcards. He is one of the world's most reproduced artists. In 1972, one of his postcards had been selling for over 15 years. Girard did 135 watercolor paintings for the lobby and rooms of the Hotel Hilton in Paris. Girard sold his original oils and watercolors on the streets of Montmartre (Paris). This is a district of Paris, in the northern part, noted for its cafes and as an artists' quarter. In the online chat rooms there are several accounts of people who bought artwork directly from Girard in the 1950s, 1960s, and 1970s. During Girard's first visit to the United States and Canada in 1972-73, he might have done some paintings of North American scenes.


Girard paints outdoors directly from the scene. To begin a watercolor painting, Girard sketches in the basic lines with a stick dipped in ink or dark paint. He uses popsicle or other sticks which he sharpens with a knife. His style stresses linear effects. Lines range from thin to thick. Various textures and shadows are created with the stick. After this stage has been completed, he works with watercolor paints applied with brushes. Girard does watercolor paintings on a "special cardboard." Perhaps he meant heavy-weight watercolor paper or illustration board. Girard paints more watercolors than oils. He said his technique is different for oil painting.